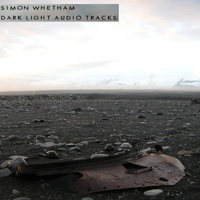 Simon's work using field recordings began when he was invited to join a group of visual artists on a trip to Iceland in December 2005, with a view to producing a piece to accompany the work the visual artists would create.

He gathered the sounds of waterfalls, footsteps in snow, ice cracking, gangplanks of whaling ships creaking anything that would inspire composition. However, the recordings themselves were the perfect soundtrack, a sonic portrait of Iceland.

The finished pieces were released as a download album, entitled Dark Light Audio Tracks, by netlabel Filament Recordings, in June 2006 and has now been reissued by Earth Monkey along with a new reworking of the recordings, called A Dark Light - Winter Lights Edition

These recordings from Iceland have also been exhibited in galleries in Iceland, Southampton, Bristol and Manchester, and further work has been included in exhibitions in Plymouth and Portsmouth.

Simon's work has lead him to assist the sound artist Scanner in producing work for Night Flight, an outdoor performance piece in the hills of North Wales, soundtracking a short film by Phil Toy, performing a site specific work at the Collision Festival in Peckham and now to join a residential workshop in the Amazon region of Brazil run by Francisco Lopez, his participation funded by the Arts Council England.

There is much interest in the work that has resulted from the residency. The work has already been hosted as an installation at the Hat Factory in Luton and performed at Sprawl (London), Sightsonic Festival (York) and Unmeasured (Bristol), with future installations at the Eden Project and The Living Rainforest, and performances for The Rainforest Foundation and at Faster Than Sound, Futuresonic, Collision and Venn festivals.